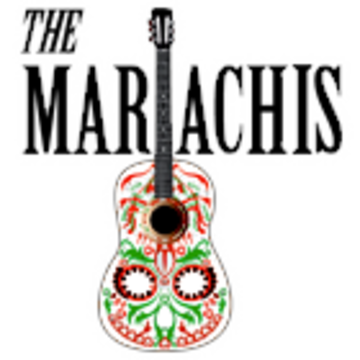 The Mariachis are the fun loving guys regularly seen on TV screens across the UK in the Doritos and Mini adverts.

With their versions of pop classics with a Mexican twist that include the Human League’s ‘Don’t You Want Me’, East 17′s ‘Stay Another Day’ and Joan Jett’s ‘I Love Rock & Roll’, they wil have everyone singing along Mexican style in the beer marquee on Saturday night from 7pm, so sombrero's at the ready!

Formed by Salvador Jimenez Hernandez, the band all hail from South America and currently reside in the UK.
Consisting of guitars, accordion and trumpet, all the band members are highly accomplished musicians and singers.
The band perform many other pop hits along with traditional Mariachi repertoire including songs like La Bamba, Guantanamera and Lambada.

They have performed acoustically for the Royal family and have played in front of 30,000 people at the Wireless music festival and headlined the Avalon Stage at the Glastonbury Festival.

Their TV credits are endless, they have been on Ant & Dec’s Saturday Night Take-Away, The One Show, Good Morning Britain, A Question of Sport, Let’s Do Lunch, A League of Their Own, Graham Norton, Paul O’Grady, Sunday Morning Live, Peter Andre and Sunday Brunch, and most recently C4's The Last Leg, and BBC1's Strictly Come Dancing!

June 2016 also saw them supporting Rod Stewart on his UK stadium tour along with the release of their summer single ‘Rhythm of the Sun’.

No false moustache's here - This is the real deal!

No false moustache's here - This is the real deal!